Students from Thomas Deacon Academy and Queen Katharine Academy gathered together at the graves of their namesakes in Peterborough Cathedral this week, commemorating their role in education in the local area by laying a wreath.

During the service, students from both schools, who are part of local academy trust Thomas Deacon Education Trust (TDET), laid wreaths on the graves of their namesakes. Readings were also given by the Head Boy and Girl of each school before the closing prayers.

Julie Taylor, chief executive of TDET, said: “Both Thomas Deacon Academy and Queen Katharine Academy are named after figures who were dedicated to improving education in the local area. In Thomas Deacon’s will, he provided clothing and education for poor boys in Peterborough, founding the Deacon’s School Trust, while historians have labelled Katharine of Aragon a ‘pioneer’ of female education in England.

“We hope that the belief in the power of education that these historic figures had will inspire our students to believe in the importance of their own education. The celebration is a great way to pay our respects to the work that they did and to celebrate the rich history and culture of Peterborough.”

Thomas Deacon Academy have held the service annually for many years but this is the first time Queen Katharine Academy has joined them. 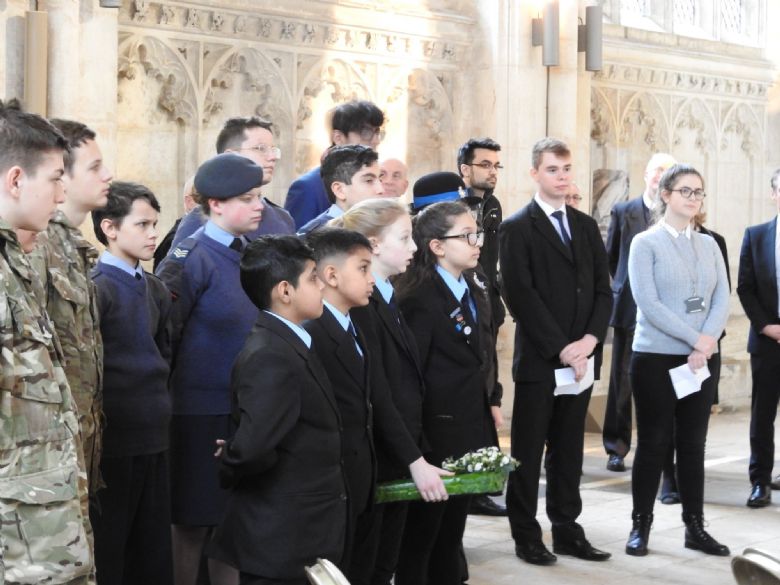