Queen Katharine Academy provides a wide range of international projects for our students, these include curricular and extra-curricular Language projects, trips and visits as well as specific, short-term projects.  The Academy works closely with organisations such as the Association for Language Learning (ALL), Routes into Languages (Ril) and Cambridge University to develop exciting and important opportunities for our students.

The Academy has an International Working Group of staff from different Departments who meet regularly to develop projects for our students and Virginia Alfaro, Subject Leader for Languages was recently awarded the Secondary Language Teacher of the Year award by ALL, a huge achievement.  Additionally, Jane Driver, Assistant Principal, is the creator of numerous national language projects including the Foreign Language Spelling Bee, Foreign Language Translation Bee and Linguamaths with schools around the UK taking part.

Below are some examples of the wide range of projects on offer:

In 2018 QKA joined together with Compas Charity to run the first ever mentor scheme for Roma children in Peterborough.

The pilot programme was launched and included a visit to London, during which students went to the European Commission and learnt about careers for bilinguals.  Following that there were a series of workshops which focused on Careers and Education.  Students also visited Trinity College at Cambridge University where they learnt about routes into university and employment.

They also had the opportunity to talk to university lecturers and undergraduate students and were very lucky to be invited to go punting on the River Cam!  The final visit was to key religious buildings in Peterborough   to learn about the different cultures and beliefs in the city followed by a formal celebration event where students gained their completion certificates.

The project aimed to raise aspiration with young Roma in Peterborough and encourage more students to continue with further education.   The ROGA scheme was repeated again in 2019 and has now become an annual part of QKA's enrichment programme.

To see the video from the scheme, please see link:  http://www.compas.org.uk/roga/ 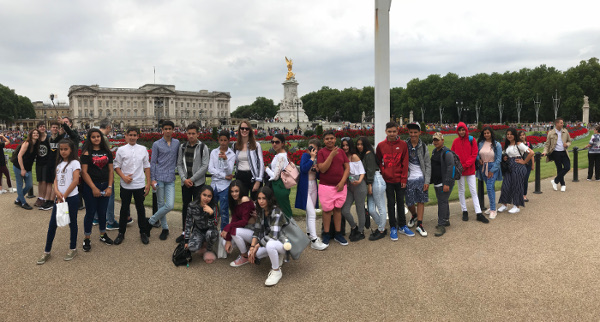 In September 2019, the Academy hosted a Roma Exhibition held at the Vivacity unit in Queensgate, Peterborough. The exhibition included displays of artwork, examples of traditional Roma dancing and information on the history of the Roma people. Visitors, including the Mayor of Peterborough, were guided around the exhibition by QKA’s Roma Leaders and were given a unique opportunity to learn more about the Roma community from students and staff. 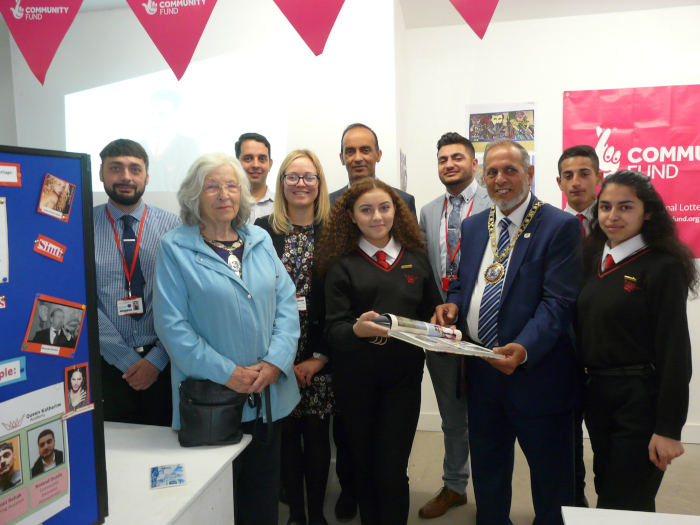 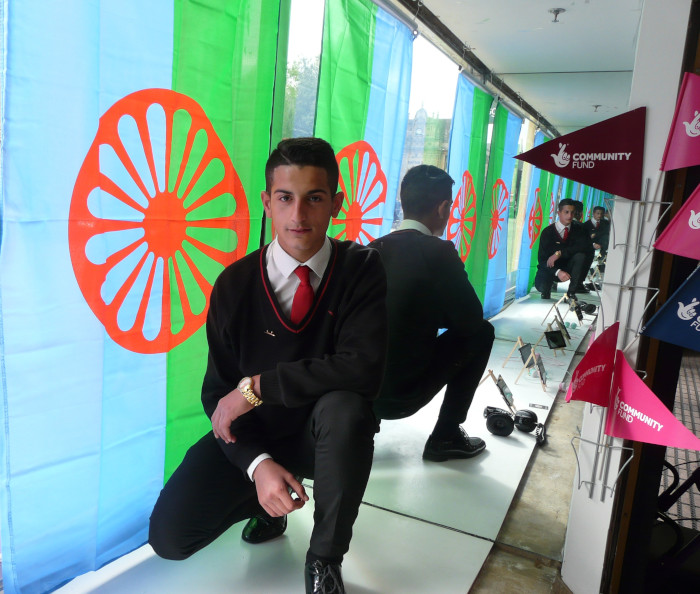 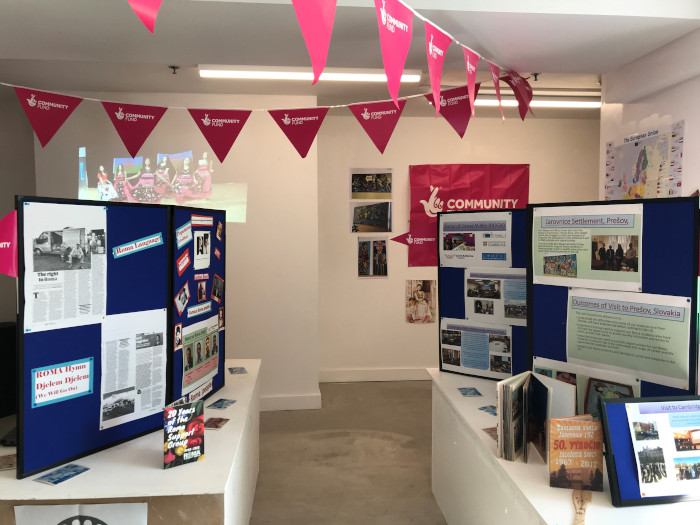 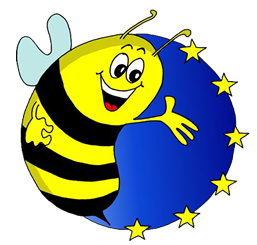 The Foreign Language Spelling Bee is a national competition involving over 100 schools across the country, it was created by QKA teacher Jane Driver and has won a European Language Label Award and special recognition from The Chartered Institute of Linguists.  The project is rolled out to Year 7 students through Routes into Languages East based at Cambridge University and has four stages:  Class Stage, School Stage, Regional Stage and National Stage.  At each stage of the competition, students are given 50 words to learn in Spanish – they learn the spelling and pronunciation off by heart.  At the end of each stage there is a competition where students get 1 minute to translate into Spanish and spell out (in Spanish) as many words as possible.  The top four students at each stage move on to the next part of the competition.

Queen Katharine Academy has hosted the Regional Final of the Spelling Bee competition a number of times at the Academy and student Language Leaders assist in the management of the event as well as at the National Final at Cambridge University.

The Academy has been a finalist in the regional and national competitions over recent years. 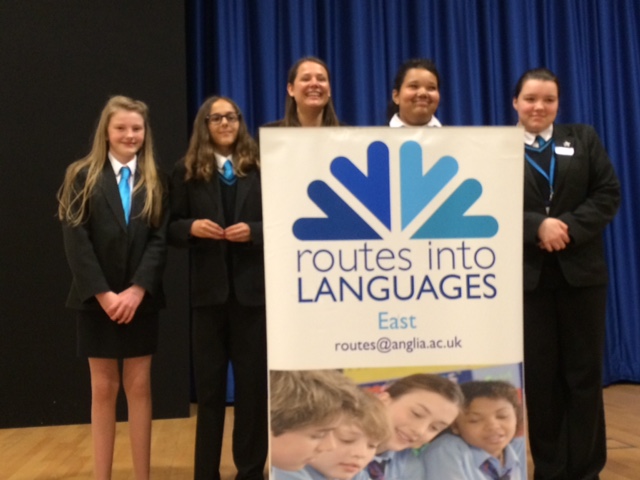 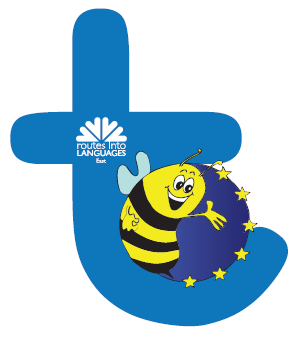 The Foreign Language Translation Bee is a national competition involving hundreds of schools across the country, it was created by QKA teacher Jane Driver following pressure from Foreign Language Spelling Bee competitors for a competition for Y8s and Y9s, and has been growing year on year since.  The project is rolled out to Year 8 and Year 9 students through Routes into Languages East based at Cambridge University and has four stages:  Class Stage, School Stage, Regional Stage and National Stage.  At QKA all students in Year 8 and Year 9 Spanish classes take part in the Autumn Term and a class competition takes place at Christmas, the winner of which continue to the school competition in February – the winners of the School Competition go on to represent the Academy at the Regional Final, which takes place at QKA later in the Spring term.

The project was developed in order to prepare students ready to start their GCSE in Year 10, as being able to produce accurate Spanish using a range of tenses will help students to gain higher grades.  Queen Katharine Academy has hosted the Regional Final of the Translation Bee competition a number of times and student Language Leaders assist in the management of the event as well as at the National Final at Cambridge University.

One of our talented students, was the National Translation Bee Champion in Spanish last year (2018), when she was in Year 8.  This year she has once again won the Regional Final of the Spanish competition and will be defending her national title again alongside the best linguists in the country in July at Cambridge University - a absolutely amazing achievement of which we are extremely proud. 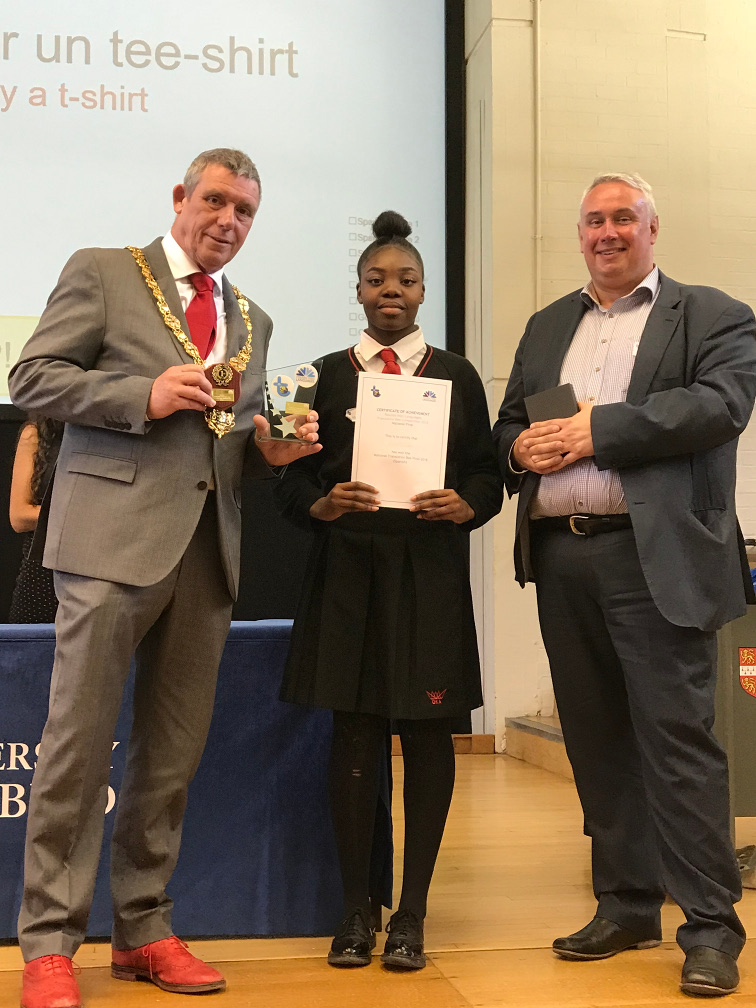 Our Year 9 Student has won the National Final of the Foreign Language Translation Bee for Spanish.

The student was absolutely amazing and wowed the audience with her ability to translate at lightning speed.  She has beaten over 15,000 students from across the country to win the national title.  What makes this even more impressive is that she also took the same title last year when she was in Y8!  Huge congratulations! 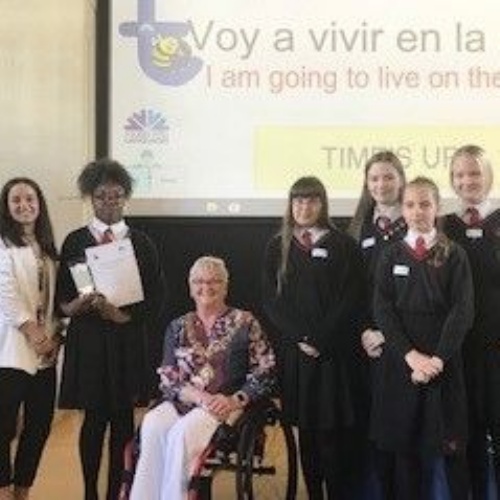 To quote our winning Student:

"This experience levelled up my confidence. It made me believe that I can do much more; that I don’t have to be average. That all the efforts I have put counted. And motivation to keep going and Don’t stop here.

Now I can take this ambition forward. I would like to be a youth MP for Peterborough. But Peterborough is going to be just the start. I will be a youth representative out there, in the UK or in Europe, and show young people what you can achieve with ambition.

I won because I didn’t stop believing on myself and working hard.

I will say to anyone: Just don’t give up."

Queen Katharine Academy is proud to announce that it has, yet again, had success in the Vocab Express Global Challenge for Spanish.  Our Year 10 student came second in the Spanish Challenge, narrowly missing the top spot.  This is a fabulous achievement as she had to compete against students from all over the world over a period of a week.

This is not the first international success for her as she was the Spanish Champion this time last year.  QKA has had success in the Global Challenge for the last 4 years with a now 6th Former winning the Spanish title 3 years ago. 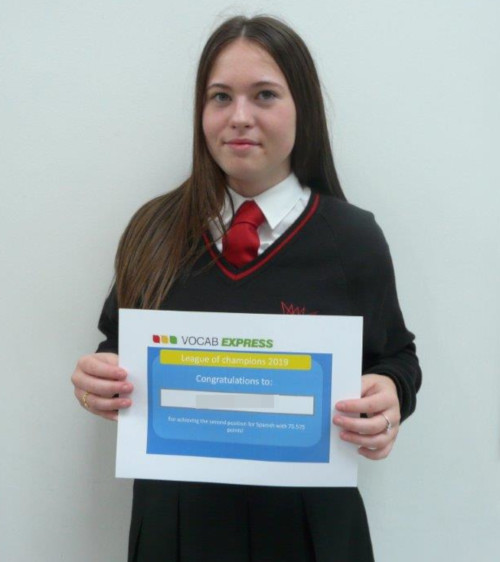 Juvenes Translatores (Latin for "young translators"), launched in 2007, is a translation contest for secondary school pupils in the   European Union organised by the European Commission’s Directorate-General for Translation.

The objectives of the Juvenes Translatores contest are to promote:

The contest aims to raise young people's awareness of how language skills help Europeans to communicate better and work towards a common understanding. It also points   out the importance of diversifying the languages we learn in order to increase multilingualism and intercultural understanding, and highlights the benefits of studying translation, given the ever-growing need for translators in Europe.

At Queen Katharine Academy we are so proud of our linguists that on the 21st of November, five of our Year 12 Language students took part in the competition. 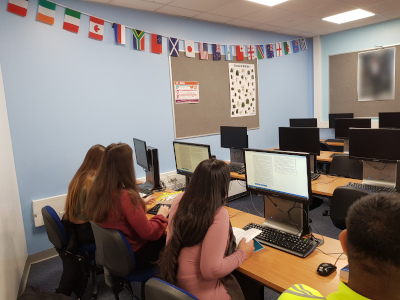 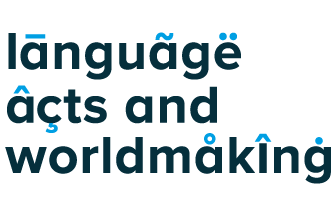 The event involved students and staff from Queen Katharine Academy, as well as members of the local community. Performances reflected a range of global art forms, traditional and contemporary, and were delivered in different languages, including Lithuanian, Polish, Spanish, Portuguese, German, Russian, Czech and Romani. Parents, students, governors and local figures within the community were among those invited to attend.

The event commenced with a performance from local Reggae band, Tallawah, fronted by a member of Queen Katharine’s English department, which proved a huge success. They were followed by dance performances, inspired by traditional dances across the African continent, and a Translation Bee performance from our Year 10 student, who is the double national Translation Bee champion for Spanish.  The next act, comprising of Erasmus+ participants, took inspiration from our previous Erasmus+ project, From Symbols to Symphonies. They moved the audience with poignant poetry readings in 5 different languages depicting the struggles and successes of migration and global mobility. This performance was followed by a rendition of well-known Lithuanian songs, sung by local Lithuanian singer, Eglé, who has performed across Lithuania and the UK. Next was the turn of QKA’s Slam Poetry club, who performed their own poetry and rap in English, Russian, Czech and Romani. Performers wowed the audience with their unique compositions, which touched on the themes of cultural identity and belonging. Following on from a second performance by QKA’s dancers, the stage came alive with music from QKA’s Sixth Form band The Black Vynes.  They performed their own multilingual songs, written as part of the Erasmus+ project From Symbols to Symphonies, as well as some well-known favourites. The event concluded with a further set from Tallawah and drinks and nibbles, inspired by traditional foods from Spain, Poland, India, Pakistan and Turkey.

The International Evening was a huge success and was praised by attendees as a vibrant celebration of the different cultures and languages, which make up our community. Not only was it an opportunity to celebrate and raise the profile of the wealth of cultures that enrich our community, but among our students it ignited a strong sense of pride in their different cultures, linguistic backgrounds and identities. 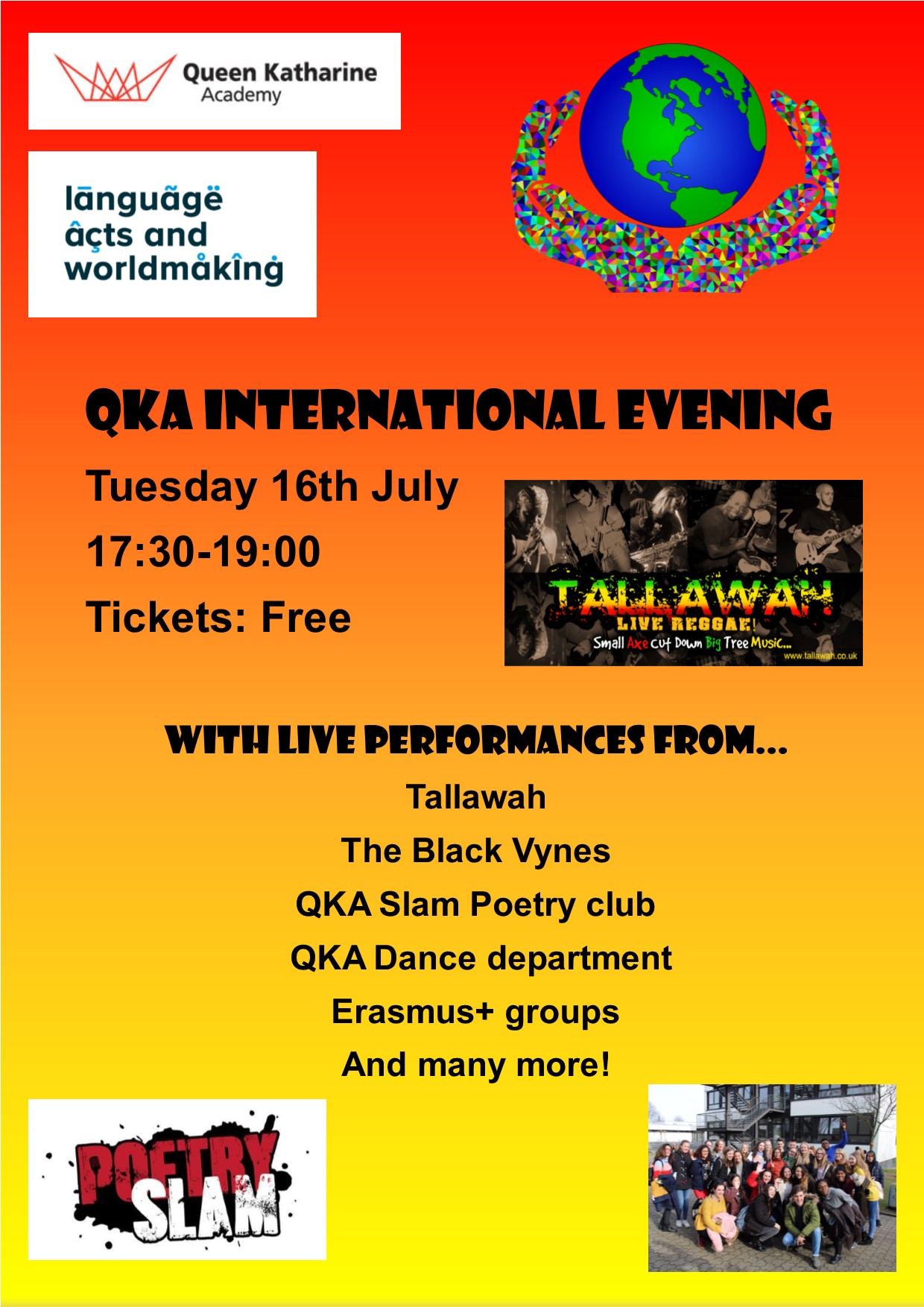